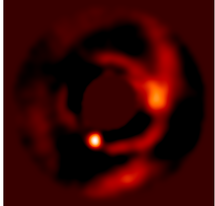 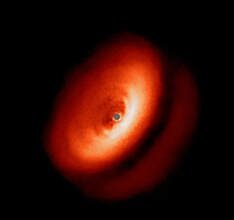 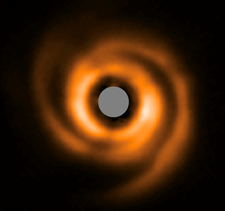 How do giant planets form? The latest generation of sub-millimetre interferometric arrays and infrared instruments at the Very Large Telescope (VLT) have recently provided an unprecedented direct view of protoplanetary discs — the birth place of planets. Thanks to these facilities, astronomers have found over the past few years a wealth of features in these discs indicating dynamical interactions with embedded planets, including cavities, annular gaps, spiral arms and asymmetries (see above). Are these structures induced by planets?

In only one of these such discs were we able to unambiguously image protoplanets so far: PDS 70 (left panel above; Keppler et al. 2018, Christiaens et al. 2019, Haffert et al. 2019), which is hindering our understanding of planet formation. Do giant plants form by core accretion or gravitational instability? Are giant planets born cold, warm or hot? Do they form surrounded by a circumplanetary disc (i.e. a miniature version of the protoplanetary disc, but around the newborn planet)?

In order to answer these questions, we need to directly image more protoplanets. And the high-contrast imaging instruments of the VLT, SPHERE (in the near IR) and the now-decommissioned NACO (in the thermal infrared), are the most suited for this job.

Their track records include the very first directly imaged exoplanet for NACO (Chauvin et al. 2005), and the very first directly imaged protoplanet for SPHERE (Keppler et al. 2018, Christiaens et al. 2019). Using these two instruments, we observed a sample of protoplanetary discs from different young star-forming regions, such as the Corona Australis star forming region (shown in the top panels of the second figure below). What is the point in common between the discs of our sample? They all had indirect evidence for the presence of planets, such as large cavities or spiral arms. We reduced our NACO and SPHERE data using advanced image processing algorithms to model and subtract the bright emission from the stellar halo, which can be thousands of times brighter than the planets we are looking for (note: they are up to millions of times brighter in old systems like the Solar System). This way we identified a few protoplanet candidates in our sample, some of which required new data for a more detailed analysis. 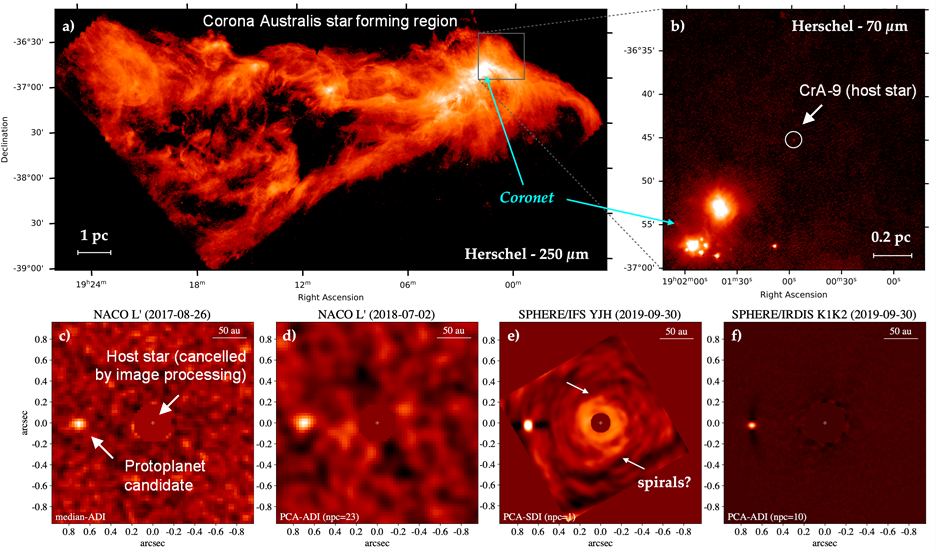 We recently completed a full analysis of one of the objects of our sample: CrA-9, a young T-Tauri star (1-2 million years old) from the Corona Australis star-forming region shown above. Back in 2017, we found a faint point source at ~100 Astronomical Units (1 AU = distance between the Earth and the Sun) separation from the star in our first NACO observations of this system. We measured the brightness of the object to be ~1000x fainter than its (already faint) M-dwarf T-Tauri star, making its absolute magnitude compatible with a 2—5 Jupiter mass planet, according to hot-start planet formation models. But how can we be sure it is indeed tracing a forming planet?

In order to discard the possibility of the faint point source being a background star, we followed up the object twice, with additional NACO and SPHERE observations in 2018 and 2019. We accurately measured its astrometry in all observations, and found that it was co-moving with the star, making the possibility of a background star extremely unlikely. Another piece of evidence came from its spectrum. NACO and SPHERE probe different wavelengths, so measuring the contrast of the companion with respect to its host star as a function of wavelength allowed us to build an infrared spectrum for the companion (shown in the third figure below). We found that this spectrum was best fit with models of hot atmospheres (~3000 K). This is hotter than expected for a young giant planet. However, we also found that its faint flux required a very small photometric radius (~0.6 Jupiter radius), which is significantly smaller than expected for a young red or brown dwarf star. 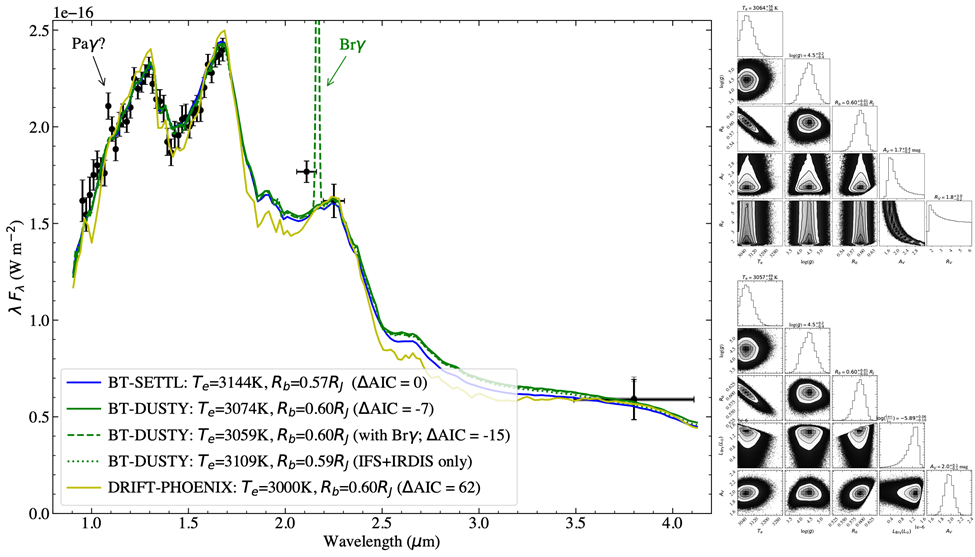 We proposed two main hypotheses in order to account for these puzzling results. The first possibility is that we are observing a low-mass M-dwarf binary star that is obscured by its own (small and unresolved) protoplanetary disc. In this scenario, most of the light from the binary star would be blocked by its edge-on disc, and only the small fraction scattered by dust grains in the top parts of the disc would reach us. The second possibility is that we are seeing the heated fraction of the atmosphere of a forming giant planet. Giant planets are known to feed and grow (a process called accretion) from a circumplanetary disc. The accreted gas falling onto the planet gets heated to high temperatures and can produce significant hydrogen recombination lines. Our spectrum above shows such tentative emission lines (e.g. Pa-gamma and Br-gamma), although higher spectral resolution observations are required to confirm them. In turn, the shock is also expected to heat the atmosphere, to ~3000 K or higher temperatures, in a small area near the accretion shock (e.g. Zhu 2015). This would potentially make it compatible with both the high temperature and small photometric radius we inferred.

In summary, we need more observations aiming at either longer wavelengths or at specific hydrogen recombination lines at higher spectral resolution in order to unambiguously disentangle between our proposed scenarios. Nonetheless, this work has allowed us to identify a new difficulty for the detection of forming giant planets, which is that infrared observations alone may not be enough to disentangle them from highly obscured red dwarf stars.