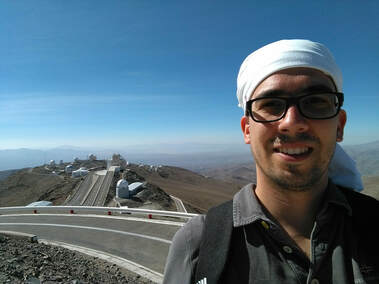 La Silla Observatory is located in the Chilean Atacama Desert, one of the driest and most remote areas of the world, 150 km northeast of La Serena and at an altitude of 2400 metres. Whoever is lucky enough to visit this observatory immediately realises that it is a gem of astronomy, home to some of the telescopes that have made the history of this field.

The ESO 3.6-metre telescope is probably the most popular one among astronomers. It hosts the High Accuracy Radial velocity Planet Searcher (HARPS), one of the most famous extrasolar planet hunters in the world. The extremely high precision of its radial velocity determinations allowed the detection of Gliese 581, the first rocky planet discovered in a habitable zone outside the Solar System. This spectrograph is not only extremely precise, but – unlike most other spectrographs of this type – it does not contaminate the stellar spectrum with light from the reference lamp. My collaborators and I are taking the opportunity to use the 3.6-metre telescope for a project that fully exploits this characteristic of HARPS. Our main goal is to establish a quantitative link between the chemical composition of stars and their likelihood of hosting planets. Thanks to the fact that HARPS does not contaminate the stellar spectra, we are able to detect planets around our targets and – at the same time – precisely measure the chemical composition of the stellar atmospheres. We are doing this by targeting Sun-like stars in wide binaries, born at the same time and from the same gas. This guarantees that any compositional difference between the pairs is due to planets and not to other effects, such as the Galactic chemical evolution.

Another star of La Silla is the 3.58-metre New Technology Telescope (NTT). This telescope is not new anymore, but at the time of its inauguration in 1989, it was a real technological breakthrough. Firstly, it is the first telescope in the world built with active optics. The main mirror is flexible and its shape is actively adjusted by actuators during observations to improve the image quality. Indeed, if you have the chance to visit the telescope, you will be able to see these pistons under the mirror. Secondly, the telescope does not rotate inside its housing, but it is the entire building that is small and light enough to rotate allowing the telescope to point to different fields in the sky.

Another telescope worth mentioning is the Transiting Planets and Planetesimals Small Telescope-South, better known as TRAPPIST-South. This is a Belgian telescope and, in fact, the name TRAPPIST was given in honour to the famous Belgian Trappist beer! In 2016, a team of astronomers led by Michaël Gillon (University of Liège) used the telescope to observe an ultracool dwarf star 2MASS J23062928-0502285, now also known as TRAPPIST-1. Around this star they discovered a compact planetary system composed of seven terrestrial planets, three of which orbit within the habitable zone.

La Silla was the first ESO observatory, before Paranal and Llano de Chajnantor. For decades hundreds of astronomers, engineers, and ESO staff have come to this site, working in what was the biggest observatory of the Southern hemisphere. Now, after the inauguration of Paranal and Llano de Chajnantor, many telescopes in La Silla have been decommissioned and a large number of ESO staff have been reassigned to the new observatories, leaving only a few people in La Silla. However, signs of La Silla’s heyday are still visible! Going downhill on the main road, after the control room, it is possible to find the old gymnasium, the clubhouse and even a soccer field used in the old days by ESO staff and visitors. Looking at the bleachers in the gymnasium and those of the soccer field or walking into the old clubhouse it is possible to imagine a very different La Silla from how it appears today. The passing of decades can truly be felt in La Silla… 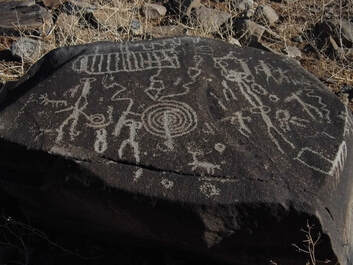 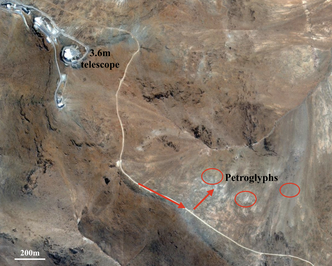 Not just the passing of decades can be felt in La Silla, but also the passing of millennia! Rock engravings can be found all around Cerro La Silla, most of them on the southern slope of the mountain, directly below the 3.6-metre telescope. The presence of these prehistoric sites supports the hypothesis that rainfall in La Silla was much more abundant than it is now, with a larger variety of flora and fauna. These engravings are attributed to a civilisation that have inhabited the region between 1000 and 700 AD. Besides their historical value, these petroglyphs will give you the excuse to walk outside the observatory, explore the landscape and experience a true solitude in the middle of the desert. If you decide to go for a hike (see map above), remember to communicate it to the reception (they will give you a radio in case of emergency), bring some water, wear a hat and sunglasses and, of course, use sunscreen. 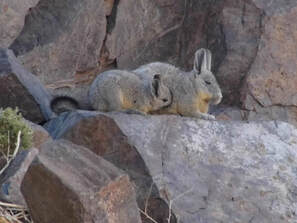 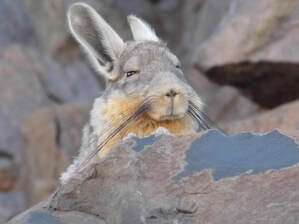 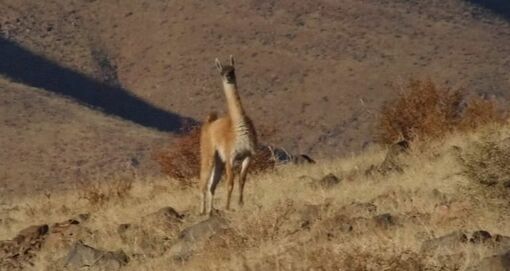