To infer the history of mass growth experienced by individual galaxies, their constituent stars need to be analysed based on their chemistry, ages, and present-day kinematics. Using stars in our Milky Way galaxy, where such information is readily available, many new discoveries have been made in recent years of stellar streams and other substructures which are believed to be the distinct building blocks of the Milky Way as we see it today (see Helmi et al., 2020). For galaxies which are too far away to resolve individual stars, sophisticated modelling techniques are required to tease apart distinct events that contributed to their formation. We have applied such a technique to high quality data of three nearby (D~20 Mpc) disk galaxies from Fornax3D — a survey of the Fornax galaxy cluster using ESO’s VLT/MUSE facility — to measure these events and record the growth of these galaxies.

We apply a model which characterises the stellar orbits within each galaxy in order to match their measured kinematics. This model grants access to intrinsic (deprojected) properties of the galaxy beyond what can be seen from the projected measurements. We then assign each orbit with chemistry (metallicity) and an age such that they also match the measured metallicities and ages of the MUSE data. This then allows us to investigate the distributions of orbits based on their metallicities, ages, and kinematics, analogous to what can be done for the Milky Way. 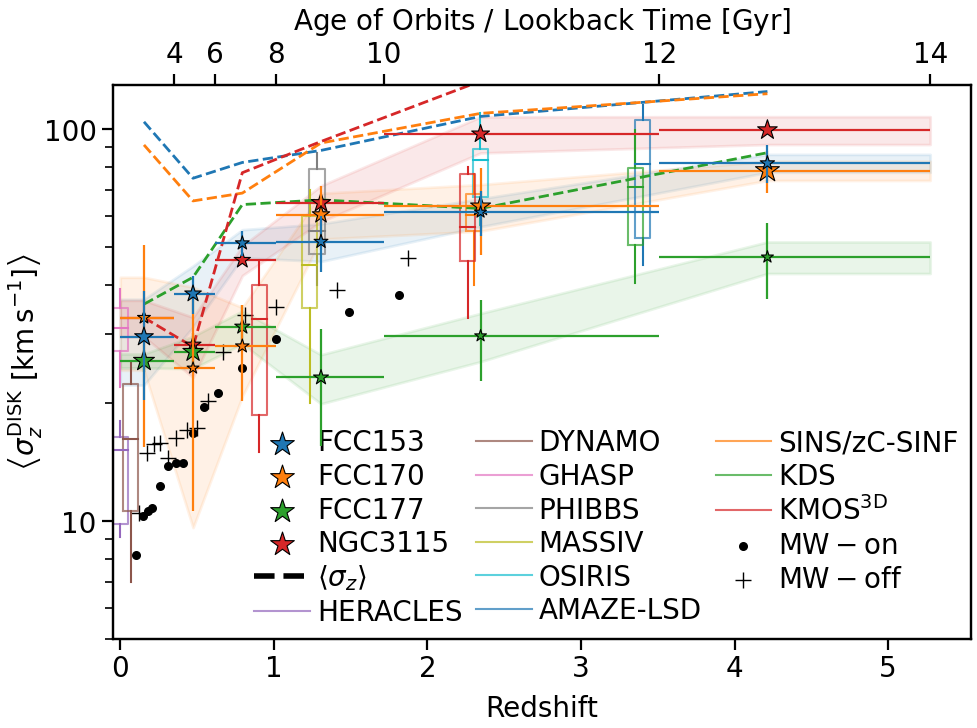 Figure 1: Stellar age--velocity-dispersion relation. The coloured stars show the results from our models for four disk galaxies. The black point show results for the Milky Way disk. The box-whisker plots show literature measures of the gas-phase velocity dispersion as a function of redshift.

From this investigation, we find that stars which are younger have progressively more disk-like kinematics (lower vertical velocity dispersion) – see Fig. 1 above. This is consistent with the age–velocity-dispersion relation measurements made for the Milky Way (e.g. Nordström et al., 2004; Martig et al., 2014; Sharma et al., 2014; Mackereth et al., 2019). We interpret this as the evolution of the conditions which lead to star-formation, which were more turbulent in the past (when the older stars were created) and have become more settled and “dynamically-cool” in the present-day Universe. 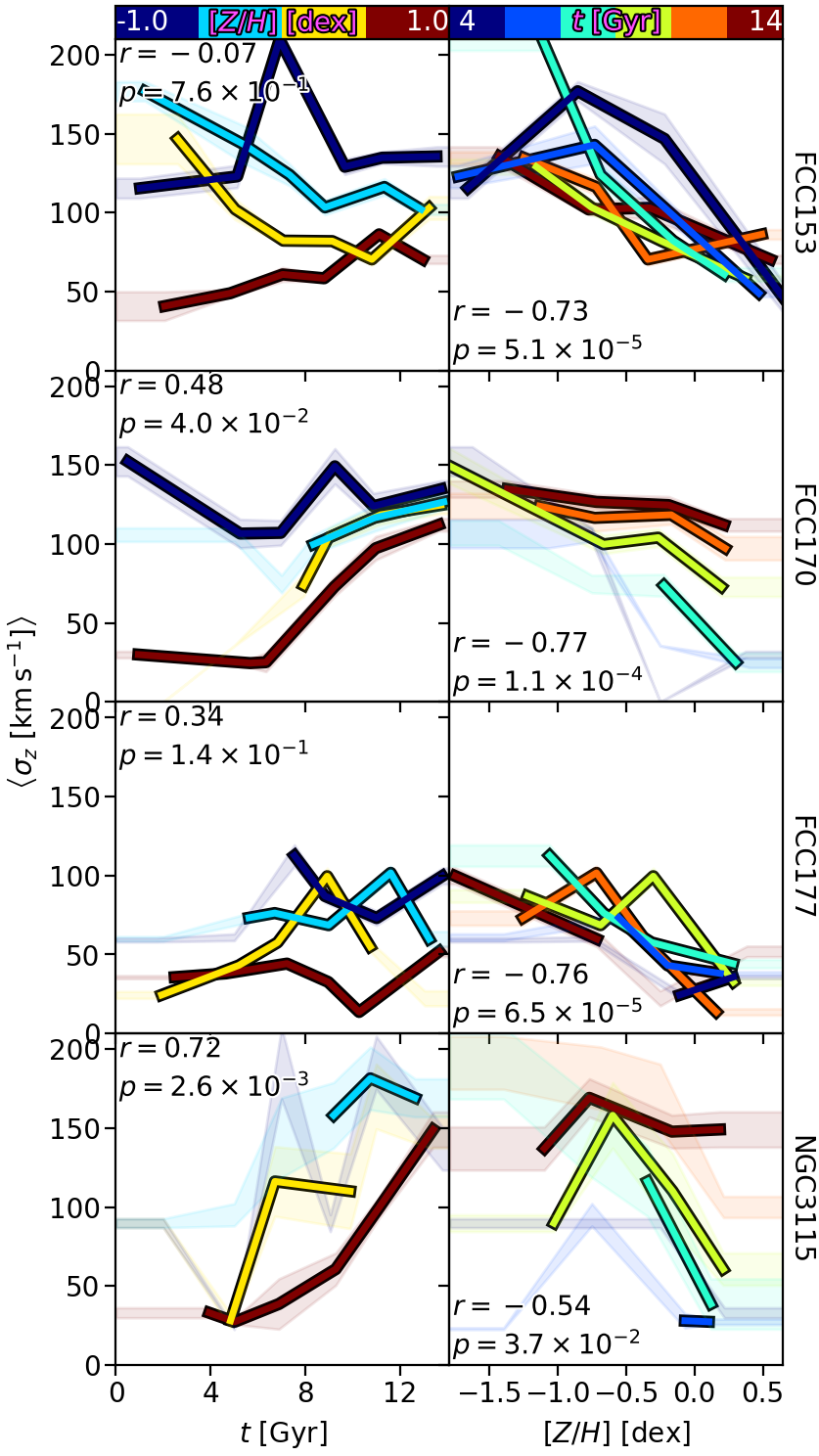 We also find that stars which are more metal-rich have progressively more disk-like kinematics – see Fig. 2 above. In fact, we see that this relation holds even after accounting for the aforementioned relationship with age. These measurements are also in agreement with those from the Milky Way (Sharma et al., 2021). This implies a more complex relationship between the kinematics of the stars and their birth conditions then what was inferred based on only the age–velocity-dispersion relation. We propose that this relation traces the local time taken for an individual galaxy to reach a particular level of chemical enrichment, i.e. the time taken to have processed many generations of stars over successive episodes of star formation. This will depend on the rate of star formation in each individual galaxy, rather than changes to the universal conditions of star formation as implied by the age–velocity-dispersion relation.

Larger samples of galaxies to which our technique can be applied, and further investigation into the Milky Way measurements, are required in order to conclusively ascertain the physical process(es) responsible for the correlation between the metallicity and the vertical velocity dispersion. Moreover, connecting these results to star-formation observations and theoretical models on smaller (sub-galactic) scales will also be important for uncovering the physical processes driving these trends. All of these results are discussed in detail in Poci et al., (2021).