How were the heavy elements like uranium and gold produced? Until recently, neutron star mergers were the only confirmed source of the rapid neutron-capture (r-) process elements (roughly half of the elements heavier than zinc in the Periodic Table). Those events involve the merger of the remnants of two massive stars in a binary star system. Observations of the most chemically primitive stars reveal that these heavy elements were present not long after the Big Bang, some 13.8 billion years ago. At those earliest times, however, neutron star mergers were very rare. Therefore another source is needed to produce the heavy elements in these oldest stars.

The discovery and analysis of the chemically primitive star SMSS J2003-1142 in our Milky Way Galaxy provides evidence for a new source of heavy elements. The peculiar chemistry of SMSS J2003-1142 was first hinted at by imaging in different colour filters with the 1.3m SkyMapper telescope on Siding Spring Observatory in NSW. Spectroscopic observations were then taken in Sep 2019 using the Ultraviolet and Visual Echelle Spectrograph (UVES) at the European Southern Observatory’s 8m Very Large Telescope in Chile. Analysis of those observations (Fig. 1 below) revealed that SMSS J2003-1142 is chemically primitive; it has an iron content 3,000 times lower than the Sun. Therefore, the elements observed in this star were likely produced by a single primordial progenitor star all at once. 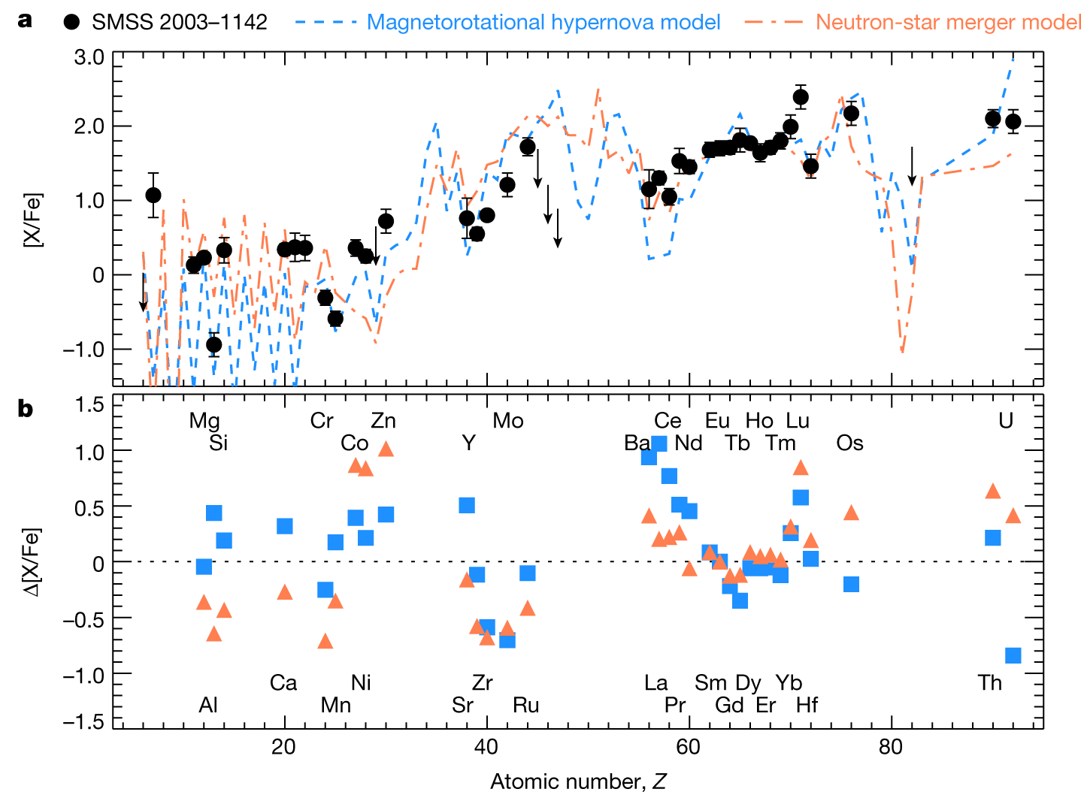 The ESO observations also revealed high nitrogen levels that require rapid rotation in the progenitor (‘parent’) star, while high levels of zinc observed require an explosion energy 10 times higher than for a regular supernova. The large amounts of heavy elements (including uranium) overall require lots of neutrons. Of the possible cosmic sources of these elements, only a “magnetorotational hypernova” (Fig. 2 below) can match the full element pattern from carbon through uranium. SMSS J2003-1142 is the first star to show this particular element signature from the collapse and explosion of a rapidly spinning star with a strong magnetic field.

The UVES observations, obtained using Director’s Discretionary Time, were crucial in extending our existing data to blue wavelengths (< 400nm) than an earlier spectrum obtained with MIKE on the Magellan telescopes. This new spectrum enabled us to increase the number of heavy elements examined from 10 to 28 including the radioactive element uranium. Our work recently published in Nature therefore provides new evidence that magnetorotational hypernovae are another source of heavy elements that is likely to be particularly important at the earliest times in the Galaxy’s evolution.

The next questions we wish to answer are: How common is this type of star in the Milky Way? And how many of the first stars exploded as magnetorotational hypernovae? To answer these questions, it will be necessary to increase our sample of stars with measured heavy element abundances using facilities such as the Cassegrain U-Band Efficient Spectrograph (CUBES) proposed for the VLT by a number of ESO member states and Australia. 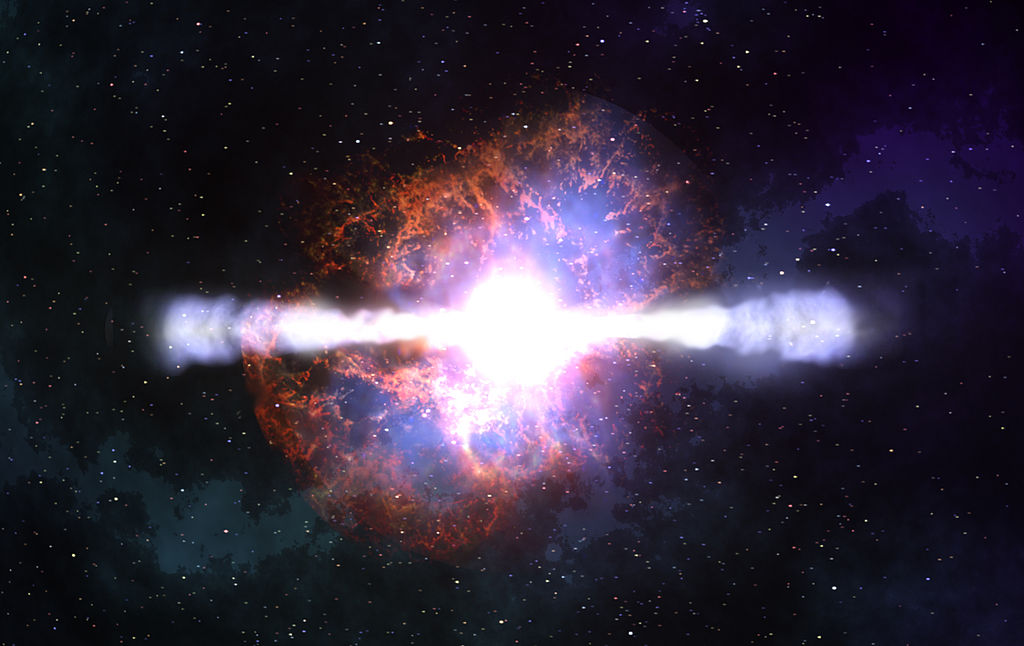